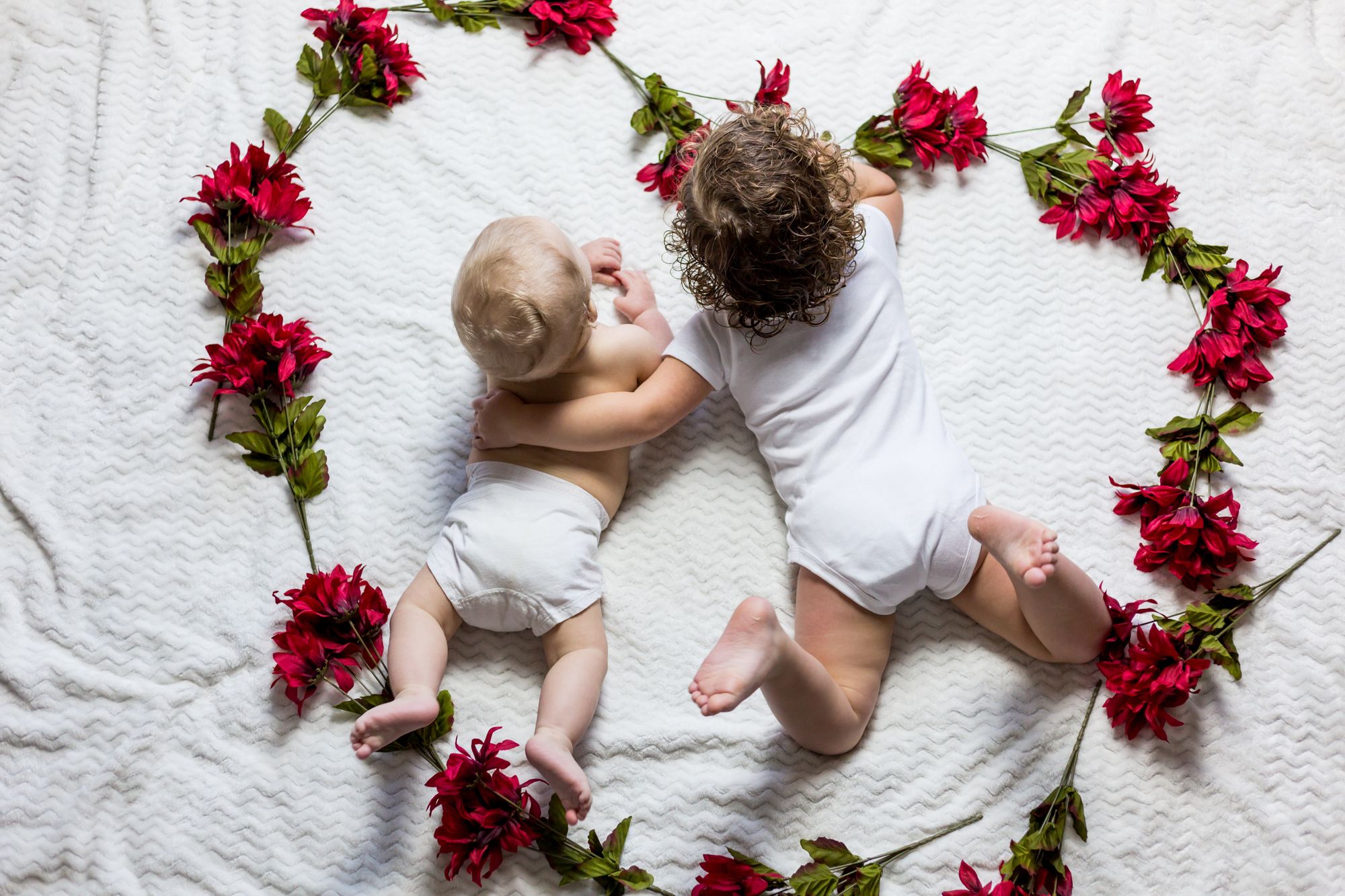 Why Valentine's Day Matters to Moms

My husband is awesome. Nobody would argue with that. He is handsome, intelligent, hard-working and strong (as in, “can bench press a baby elephant” strong). He’s an amazing father and works tirelessly to make sure our girls have every experience any girl – or boy – could want in a well-rounded upbringing. And needless to say, it takes a special kind of awesome to tolerate the startup lifestyle that has taken center stage in our house – and, for a while there, our dining room – for the past four years.

But he never did go in for Hallmark holidays or obligatory displays of romantic affection like Valentine’s Day. He thought of them as insincere and contrived – and to tell the truth, so did I.

Until one day I didn’t.

It was the first Valentine’s Day after my daughter was born. I had been back at work only a few weeks, and things were still a little touch-and-go at home. I knew my daughter was in great hands – my mom had flown out to take care of her for the two months between when I started back at work and my daughter’s start date at daycare. But getting home exhausted every day and arriving just in time for the “witching hour” guaranteed that every day would end on the edge (sometimes over the edge) of a colossal meltdown by someone (usually me).

So, Valentine’s Day came and went, without any fanfare. My husband and I had been together six years and had never celebrated it before – why would we now? Reasonable, right? Well, as much as I may understand that assumption in retrospect, somehow the logic escaped me in the moment, and I spent the night of February 14 in a furious tirade – some of my rage even having to do with Valentine’s Day.

To avoid others having to endure what my well-meaning-albeit-sometimes-hapless husband went through that night, I will endeavor to decode why Valentine’s Day matters to moms – maybe even more than it did when we were romantic young girls with un-elasticized abdomens.

First, let’s face it, before we had kids, pretty much every day was Valentine’s Day – or could be, if the mood struck. A romantic night out (or in) was just a decision away. As we all know, when you have young kids, first against the wall is your ability to be spontaneous – ever. (That, in part, is why we invented Nanno, but that’s a story for another time.) Valentine’s Day is at the same time every year. It may be a little contrived, but it definitely doesn’t require spontaneity to get something on the calendar.

Which may be why we tend to notice it more if our significant others let these obvious opportunities to show love and affection slip away uncelebrated. It’s precisely because we (understandably) don’t do it every day that we tend to notice the fanfare surrounding the holiday. What may have seemed unnecessary before now takes on a whole new level of importance.

Speaking of things that don’t happen every day, another rarity when you’re married – and especially when you’re married with children – is anyone paying romantic attention to you. This obviously applies to everyone, not just moms, but I can tell you that I have been a frequent visitor to the barren land on the farthest side of feeling attractive, and it usually involves a pronounced deprivation of personal hygiene combined with being covered by the bodily effluence of a miniature human. In such cases, even the romantic notion of an uninterrupted 15-minute shower might be a satisfying homage to the holiday. Sexual validation is necessary for everyone – even moms – and believe me when I tell you it’s a rare commodity when you’re a busy parent of young kids.

Moms with young babies probably have it the worst. The physical aftereffects of childbirth and breastfeeding are often still with us (to the casual onlooker, maybe, but ALWAYS painfully apparent to us). Meanwhile, the object of our motherly affection – the one thing that is supposed to make the whole thing worthwhile – is literally incapable of returning any form of affection whatsoever. Yes, it all pays off after only a few short months, when the baby can start focusing on objects in front of his or her face and maybe even smiling a little, but in those early days, there is no affection coming back the other way from that mother-child bond.

At the end of the day, Valentine’s Day is a holiday to celebrate, coincidentally, everything we voluntarily give up to become moms: free time, spontaneous affection, and validation. I’m the last person to complain about the cost of this tradeoff. Maybe it’s because, as my kids get older (and I have reliable app to help me book a sitter ☺), the cost has diminished somewhat. I definitely know I got the benefit of the bargain when it comes to having kids.

But that doesn’t mean that once (or even twice) a year I don’t enjoy indulging in the fantasy that I can have those things back – even if only for the night.

About Liz Oertle
Denver, CO
Liz Oertle is the CEO and co-founder of Nanno. A recovering attorney and mother of two, she is passionate about helping parents connect with high quality childcare on demand.
Previous Post : Your Kid is Naked in Your Window   Next Post : Cooksperiments with Thing One and Thing Two: Homemade Pop Tarts