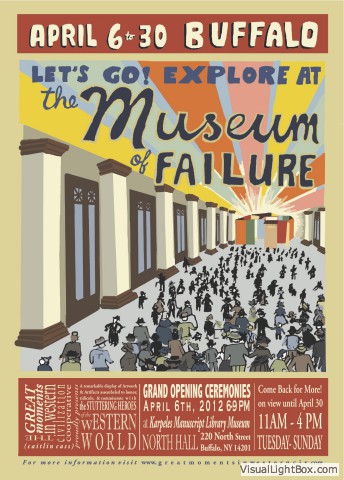 Teaching Kids How to Fail

In the startup world, nothing is discussed more than failure. It’s said that ninety percent of startups fail. (In reality, the number is more like 79%, but that’s still pretty high.) An entrepreneur doesn’t earn his or her “street cred” until he or she can claim at least one failed venture, and most of us glory in our mistakes, sometimes even more than our successes. Because, it is said, that’s how we learn. To have failed a lot is to have learned a lot. Nobody is born with a built-in roadmap to success.

As parents, we bear daily witness to our children’s small failures and the role those failures play in helping them learn and grow. You can’t learn to toddle without learning to topple. With each careening step, our little ones are learning balance. And though there may be a temptation to stand at the ready to catch them every time they start to veer off course, we instinctively know we have to step back and let them learn.

Although this same concept continues to hold true throughout the lives of our kids, it gets harder as the kids get older. Once they start to notice that they’re failing, there is suddenly an emotional component that wasn’t there before. And if you’re like me, the instinctive need to protect kids from emotional injury is much stronger than the need to protect them from physical scrapes and bruises. But the same principles still apply: If they do not fail, they cannot learn.

I have found that the same advice about failure I hear so often in the startup world applies to the parenting space – both in helping kids confront failure and in helping us let them do it. But nobody says it better than those who have failed mightily – and ultimately succeeded even more triumphantly.

“Far better is it to dare mighty things, to win glorious triumphs, even though checkered by failure... than to rank with those poor spirits who neither enjoy nor suffer much, because they live in a gray twilight that knows not victory nor defeat.” Theodore Roosevelt

“Success consists of going from failure to failure without loss of enthusiasm.” Winston Churchill

“It is impossible to live without failing at something, unless you live so cautiously that you might as well not have lived at all, in which case you have failed by default.” J. K. Rowling

To be honest, though, I must admit that the idea of “failure” doesn’t really resonate with me. How can something so instructive, so formative, so fundamentally necessary, be defined as a “lack of success”? It may not be success of the kind we’re expecting or striving for, but in many ways it’s success of a deeper and more profound kind. That’s why this quote, from Thomas Edison, is my favorite: “I have not failed. I've just found 10,000 ways that won't work.”

For me, teaching kids to fail is about two things:

First, it’s about teaching them to reclassify each failure as a success of a different kind – as evidence that they had the courage to strive for something challenging, knowing they might not succeed. That on its own is an enormous success, but it can be compounded if you’re also mindful of the specific lessons along the way – of the 10,000 things you did that didn’t work.

Second, and maybe more importantly, it’s about giving your kids a soft place to land, a safe space where the failure/success dyad can be processed without judgment. Providing that for our kids in their early life can help them provide it for themselves later, allowing them to benefit from the positive lessons of failure while hopefully avoiding the emotional downside.

About Liz Oertle
Denver, CO
Liz Oertle is the CEO and co-founder of Nanno. A recovering attorney and mother of two, she is passionate about helping parents connect with high quality childcare on demand.
Previous Post : Me Time and We Time   Next Post : 7 Ways to Distract Your Kids While You’re on a Conference Call