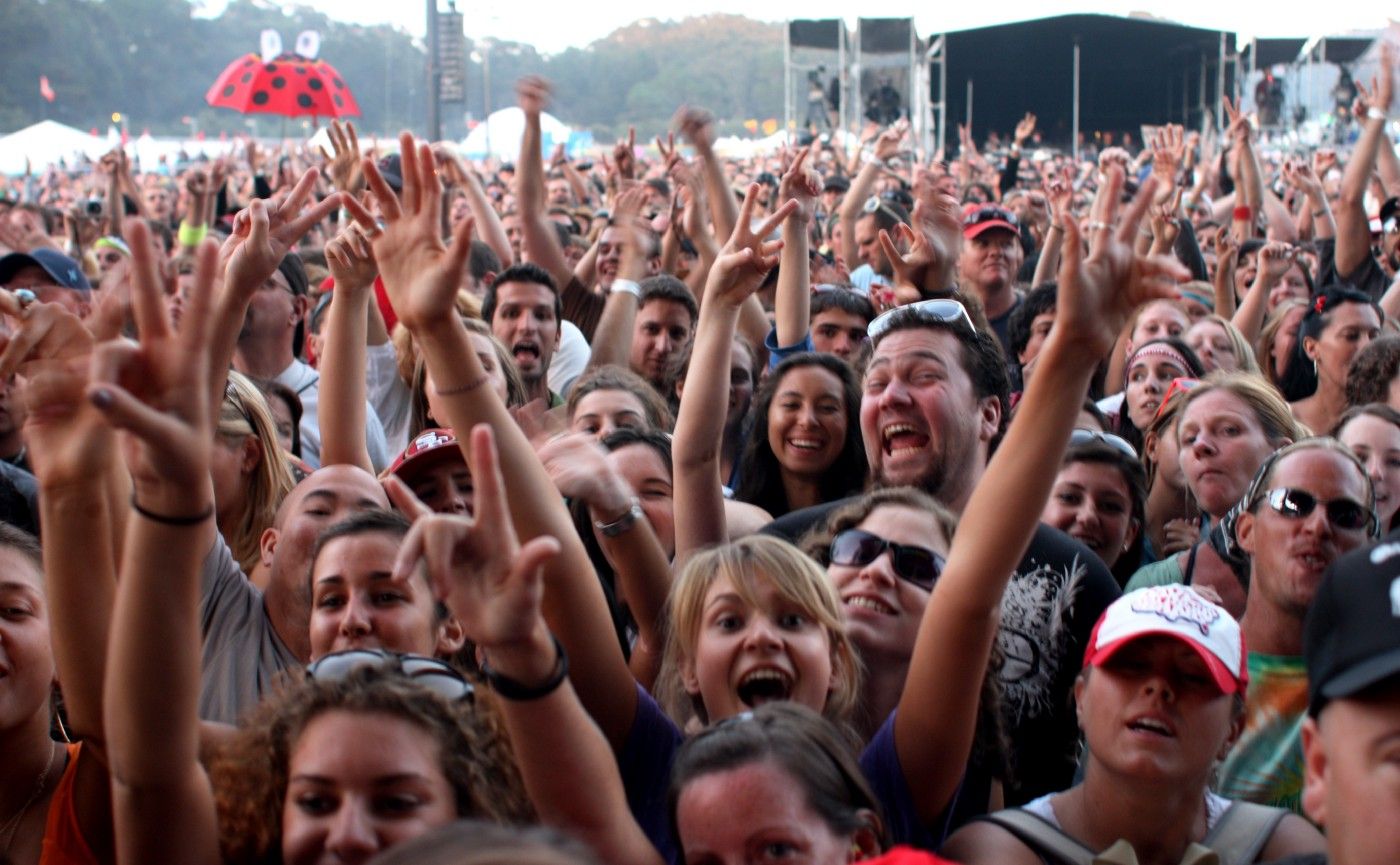 Strange Love: How I Stopped Worrying and Learned to Love the Crowd

Personally and professionally, I’ve always had a strong tendency to trust my own judgment, even when it went against the status quo. It’s definitely what has kept me going as a startup founder. Without it, I’d have been consumed long ago by the crushing uncertainty that looms ever-present at the edge of my daily existence.

It was definitely key to my decision to start my company, Nanno. My co-founder and I saw the age-old problem of finding a reliable (often last-minute) babysitter and knew it was ready for a modern tech-enabled solution. So we built one, even though conventional wisdom (and a lot of actual people) said it couldn’t or shouldn’t be done. And it turns out people really ARE looking for a solution like ours. We had our first user within a week of launching and, in less than a year, we’ve scaled nationwide. I am proud to say our platform now connects parents with hundreds of high-quality sitters every month.

But in my previous life as a nerdy corporate lawyer, the tendency to go against the grain was not so well-tolerated (to say the least). When the JOBS Act came out in 2012 and I expressed my uncontainable excitement at the law’s potential, I was met largely with blinking confusion by my peers. Which is part of the reason why, seven years later, I’m so enthusiastic about the opportunity to use equity crowdfunding to raise capital for Nanno.

Not day jobs or even Steve Jobs

In case you’re not familiar, the Jumpstart Our Business Startups Act (or JOBS Act) was an Obama-era invention created to make it easier for early stage companies to access capital in a variety of different forms. Title III of the JOBS Act was specifically intended to infuse the startup ecosystem with a new source of capital: the crowd.

Before the JOBS Act, Federal securities laws — passed in the 1930s in response to the stock market crash that spawned the Great Depression — effectively made it illegal to sell actual stock in early stage companies to anyone who didn’t make at least $200,000 per year or have a net worth over $1,000,000 (a/k/a “accredited investors”). With Title III of the JOBS Act, Congress instructed the SEC to create a regulatory system that allowed non-accredited investors to make moderate investments (up to $2,000 or 5 to 10 percent of the person’s net worth per calendar year) through online “funding portals.”

Prior to this change, non-stock crowdfunding on platforms like Kickstarter had demonstrated the public’s enthusiasm for backing early stage ventures, but “getting in early” just meant you got the new gadget a few months ahead of everyone else. If the gadgeteer’s company took off after that, the early “investors” got nothing more than the right to say they knew her when. Small investors took all the downside risk — that the invention would never come to fruition and their “investment” would be totally lost — without any upside reward if things went well.

But the idea of letting regular people buy actual stock in companies that were not subject to the oversight or reporting requirements of the SEC scared a lot of people — including most of the commissioners of the SEC, whose job it is to prevent bank rushes and bread lines (i.e. what happened last time we let the capital markets run free). Which is why it was almost four years before the SEC finally made rules to implement Title III.

When the regulations finally did come out, they hit another obstacle: lawyers. It was never the intent of the JOBS Act to let people start shilling penny stock on the street like they did in the 1920s. There were regulations. Lots of them. And in order to comply with regulations, you need lawyers. But lawyers are inherently risk-averse. They love nothing more than to repeat a task they’ve done a hundred times, under the guidance of another lawyer who’s done it a thousand times. And they love nothing less than having to figure out a complicated legal compliance regime that’s totally untested and threatens a hefty fine and potentially a malpractice lawsuit if handled incorrectly.

Though I was sympathetic to my colleagues’ reticence, there’s nothing I like better than a challenge — especially when technology and freedom are both at play. The original securities laws were created in a time of extremely limited access to information, when the only way an investor could learn about a company’s performance was from quarterly financial statements delivered by mail, and possession of a paper stock certificate was the only evidence that you’d made an investment — in short, when having an omnipotent federal watchdog was truly the only way to keep the public safe. But that was nearly 100 years ago. By 2012, information had been liberated and the general public was ALREADY investing in early stage companies through crowdfunding — they just weren’t reaping any of the upside.

The legal profession said crowdfunding would never gain mainstream acceptance. (How could it not, I thought?) They said traditional investors would balk at the perceived blemish on the cap table, making the crowdfunded company ineligible for future rounds of funding. (They would balk much more at a company with no traction, I later found.)

To me, crowdfunding seemed like the wave of the future. Something we as lawyers could and should figure out, so that our clients could get the benefit of this amazing new financing source. Finally there was something we could do to add value to our clients’ businesses — other than getting them out of trouble and helping them put their business deals on paper. Yes, it would require some innovative legal thinking, but isn’t that what being a lawyer is all about?

If you love something, set it free

In their original incarnation, the public capital markets were a democratic means to help entrepreneurs start and grow their businesses. But before Title III, everyday people could only invest in companies that had already reached the scale required to justify the enormous ongoing expense of IPO’ing. That meant the public at large missed out on the opportunity to capitalize on the exponential growth potential of startups. Rather than being an integral part of our economy’s growth story, the public markets became a place for founders and venture capitalists to sell off their companies after growth plateaued.

This was especially sad in consumer-facing companies like mine, where early adopters are the ones driving growth in the early days with their support for the brand and the vision.

Democratizing capital means more than giving the public access to valuable opportunities. It also means letting the public vote with their dollars on which companies, founders, and ideas they want to support. This means two things: First, it has made crowdfunding into a form of social validation — if a lot of people want the thing the company makes, they can show that by putting their money behind it. And second, it has taken the decision of which companies will get early stage funding out of the hands of a very small group of venture capitalists and put it into the hands of millions.

As a female founder and CEO staring down the barrel of the reality that women still only get 2% of venture capital despite controlling the majority of commercial spending in the United States (and really, really needing babysitters!), this is a big deal for me.

I’m not here to dwell on the historical problems with VC. They’ve been well-documented and I earnestly believe there is strong drive within the VC community to change the equation. I have raised from VCs and plan to raise more — it’s the only way I can scale Nanno to its full potential, not only as a billion-dollar company but as a force for social change. But right now, I think founders who are women or people of color have to prove twice as much as white male founders before we get significant venture funding, and the only way we can do that is with capital.

That’s where the crowd comes in.

They say all you need to build a good startup is a good solution to a problem a lot of people have (and that hasn’t already been solved by your competitors). The other thing you need is money. No matter how big the problem or how great your solution, it takes money to bring a product to life, let alone build a company to support it.

The VC methodology basically amounts to placing a series of relatively small bets on a variety of endeavors, knowing that the success of one in 10 is enough to provide a positive ROI on the whole portfolio. Crowdfunding lets regular people do the same thing on a smaller scale.

It’s rare for a lawyer to be able to truly put her money where her mouth is. Before I became a startup founder myself, I advised my clients on “best practices” from a position of relative safety, earning my hourly rate whether the client succeeded or failed. Since starting Nanno, I’ve been able to put all my lawyerly learnings to the test — and in the process build upon them. The opportunity to be part of the new wave of companies who got their start from the crowd is the most exciting intersection of law and entrepreneurship I’ve encountered so far.

I’m especially thrilled to be able to give Nanno’s early users — both parents and sitters — the ability to invest in the company they’re helping to build. And I look forward to celebrating with all our early supporters when we ring the NYSE bell one day.

About Liz Oertle
Denver, CO
Liz Oertle is the CEO and co-founder of Nanno. A recovering attorney and mother of two, she is passionate about helping parents connect with high quality childcare on demand.
Previous Post : 5 Ways Moms Are Like Superheroes   Next Post : Dads, Diapers and American Royalty