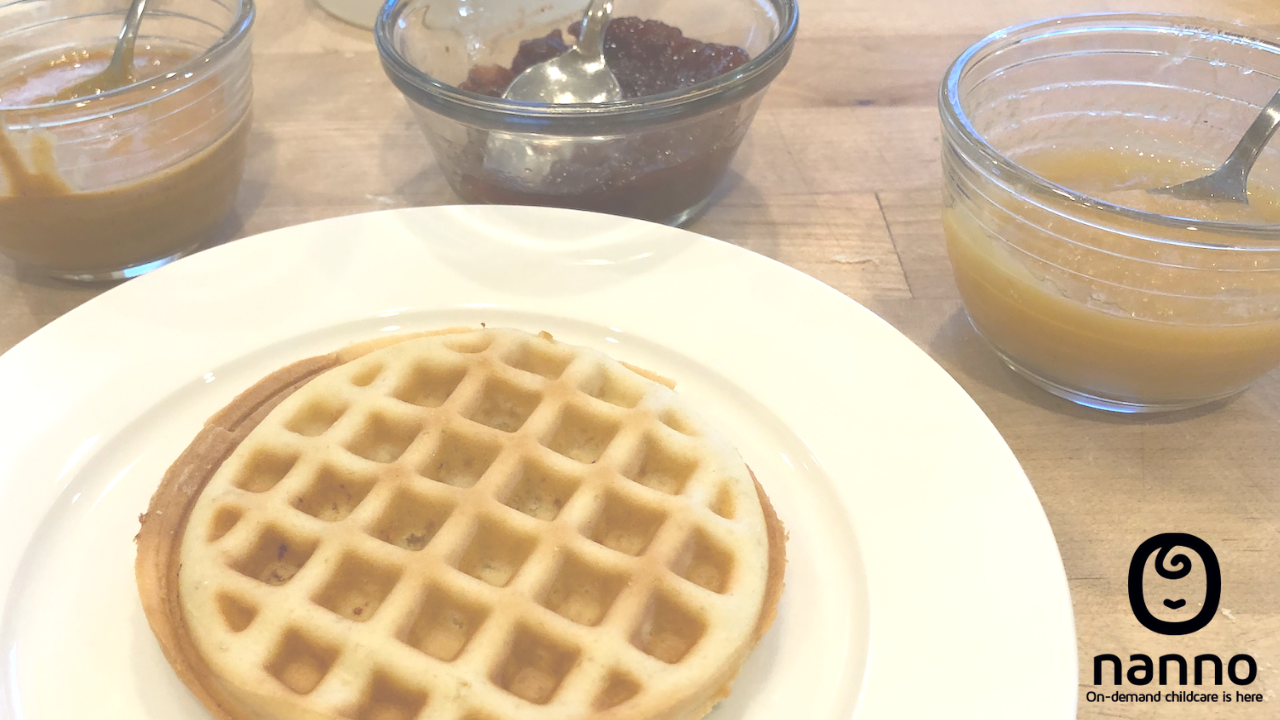 Cooksperiments with Thing One and Thing Two: Homemade Pop Tarts

This idea came to us this past Thanksgiving, when we ended up with a bit of leftover pie crust after making pumpkin pies. Usually we make little ramekin pies with the leftover crust and filling, but this year we had just enough filling for the pies. We didn’t want to be wasteful, but pie crust on its own is not very appetizing – especially when made with the traditional lard like we make it. (Leave a comment if you’d like us to do a post on making and freezing 20 pie crusts for later use – it works brilliantly.)

Thing One eyed the waffle iron, still out from breakfast. Thing Two raced to the fridge for a collection of potential fillings, from jelly to chocolate sauce to peanut butter. (I secretly lamented the jar of apple butter whose 2-year stint in the refrigerator had just recently come to an abrupt end when I finally concluded – wrongly, I now know – that we’d never use it.)

The resulting pastries were all delicious and reminded us of pop tarts (in a good way). But then we wanted to make them again – and didn’t want to use a whole pie crust just for that. So we decided to try it with regular roll-out sugar cookie dough, which worked even better.

You can use your own favorite sugar cookie recipe for this (or even a gingerbread cookie recipe if you want to go crazy). We used the one from Joy of Cooking, but Jen at And Hattie Makes Three has a very nice (and internet-friendly) version (here’s the link). We didn’t add icing, but you certainly could – using the same icing recipe you would for sugar cookies.

If you don’t have a waffle iron, you can easily use a ravioli cutter or even a glass or bowl, and seal the edges with a fork or just by pinching the dough closed around the edges.

The best thing about this recipe is that you can freeze or even just refrigerate the resulting pastries and put them in the toaster to re-heat.

About Liz Oertle
Denver, CO
Liz Oertle is the CEO and co-founder of Nanno. A recovering attorney and mother of two, she is passionate about helping parents connect with high quality childcare on demand.
Previous Post : Why Valentine's Day Matters to Moms   Next Post : SNL Supplies Missing Scenes from Frozen 2 and Baby Supplies a New Take on AC/DC