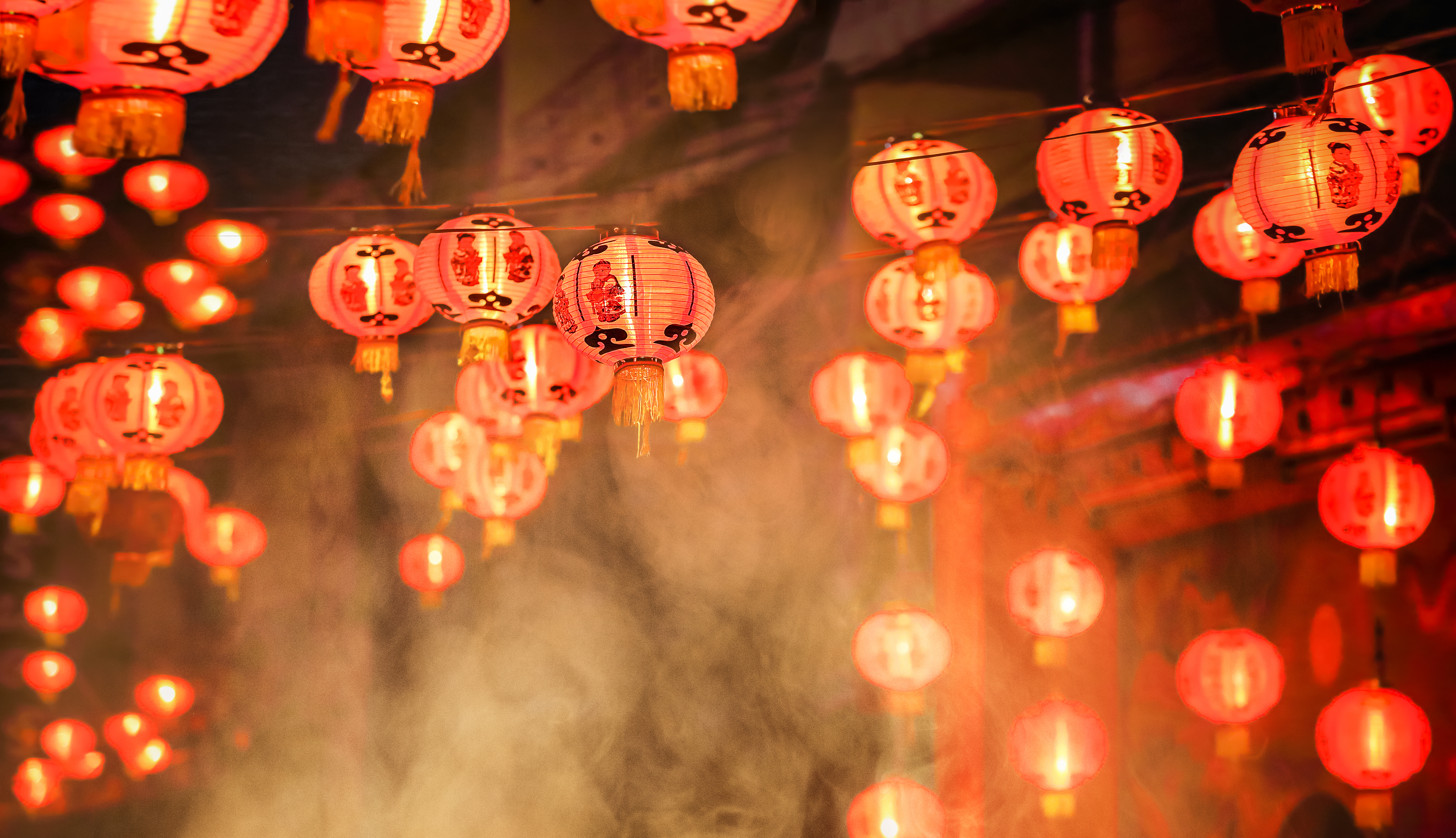 Chinese New Year is just around the corner! This annual lunar and seasonal turnover is celebrated not just in China—some variation of a springtime new year festival can be found in cultures around the world. However, the Chinese New Year celebration, usually falling in early February according to the Western calendar, is the most well-known.

The Lunar New Year is a festive, joyous occasion, a time for parents and kids alike to enjoy. While in America, families are not likely to get the extended holiday off work and school the way many Asian countries do, it’s still a great time to celebrate, and to learn about other cultures.

Chinese New Year falls on the new moon falling between January 21 and February 20, in the Western calendar. This year, the date falls on February 1st. The celebrations, however, last for sixteen days, beginning on Chinese New Year’s Eve and lasting until the Lantern Festival. In 2022, this will stretch from January 31 until February 15.

Lunar calendars, like the western Gregorian calendar, also by and large divide the year into 12 months. However, these months are determined by moon cycles. The moon takes 29.53 days to orbit the earth. Thus, instead of padding months with arbitrary extra days the way the Gregorian calendar does, the lunar calendar only adds up to 354 days. Interestingly, this is a whole 11 days short of how long it takes for the Earth to orbit the sun! A Lunar Year is, therefore, shorter than a year in the Western calendar.

Lunar calendars have been used for thousands of years by farmers, long predating the solar Gregorian system common today. In cultures that rely heavily on agriculture, these systems are much more useful than the fixed solar calendar predominant in the West today. However, since the lunar cycles that many cultures observe don’t line up neatly with the 365 days of the Western calendar, the exact date for this and other lunar festivals changes from year to year.

Preparing for the Chinese New Year

This is also a time for large family gatherings, to reconnect, celebrate, and—of course—eat! Like any holiday, Chinese New Year comes with its own set of significant lucky foods to eat (or not eat). For example, dumplings symbolize wealth in Chinese culture. Accordingly, they are eaten during this festival to encourage more wealth in your New Year. Just be careful not to eat those dumplings with sauerkraut! These two ingredients together symbolize a poor and difficult future.

Other favorite foods include:

Fish is another popular food choice during the Chinese New Year. In particular, one can expect to find three different varieties of fish on the menu, each for its own reason.

The Crucian carp, due to its similarity to the characters for good luck, brings good fortune in the year ahead. The Chinese mud carp is also common—the character is similar to the one for a gift, wishing you many gifts in the new year. Finally, the catfish symbolizes a year of abundance ahead.

Do’s and Don’t For Your Chinese New Year

Chinese New Year is a time for the whole family. Bring your kids into the fun with some engaging crafts and activities for this year’s festivities! These are all great ways for you or your babysitter to celebrate the occasion with your kids.

This Chinese New Year will start the Year of the Tiger. As such, incorporate tiger motifs into your crafts! For example, check out these tiger-themed toilet rolls or hand-print tiger crafts. In the Chinese zodiac, those born in the Year of the Tiger are courageous, active people who enjoy adventure, and who possess a strong sense of justice. This is a great occasion to go talk about the significance of the different animals involved in the Chinese calendar.

The dragon is another iconic symbol of the Chinese New Year. Dragons symbolize wisdom, power, and wealth, and are believed to bring good luck—so it makes sense that they form part of this important celebration! The dragon dance, traditionally an ancient ceremony to wish for rainfall in the spring, is an important cultural part of Chinese New Year. The elaborate costumes and dragon puppets chase away evil spirits and welcome more prosperous times.

Due to the dragon’s significance in Chinese culture, it needs a place in your Chinese New Year activities with your kids. Perhaps make an elaborate, colorful Chinese dragon cupcake liner decoration for your home!

As already mentioned, food is a big part of this celebration. Bringing your kids into the kitchen is a great way to bond and teach important life skills! Why not take the occasion to make some Chinese dishes with your kids? For example, you could take the occasion to make chicken chow mein, dumplings, spring rolls, or even garlic prawns for the more adventurous child!

A Holiday Worth Celebrating and Remembering

The Chinese New Year is an exciting, joyous holiday to celebrate as a family. A time to look forward to the spring and the new year to come, celebrate this special time with lots of food and family time. Look up the different animals representing your birth year and the different attributes they represent in the Chinese zodiac.

Chinese New Year is also a time for large parties with friends. If you are attending a Chinese New Year party this year and are not sure what to do with your kids, why not consider hiring a babysitter? Set aside some of the above activities for your sitter so that your child can also join in the festivities.

Whether it’s for a couple of hours at a Chinese New Year party or more prolonged sitting needs, Nanno has you covered. The babysitting service has an extensive network of sitters and nannies, covering most metro U.S. regions, so you’re sure to find someone who suits your needs. In addition, Nanno’s sitters are thoroughly screened and vetted according to a rigorous four-step process, to ensure your children are in competent hands. What are you waiting for?

Sign up for Nanno today and find the right sitter for your family's needs.

About Wynona March
Seattle, WA
Wynona is a writer and mom, with three children under age 6 and a penchant for crafting. She loves guiding her kids through projects of all kinds, from cooking to crafting to building a better robot.
Previous Post : Your Guide to Black History Month for Kids   Next Post : Why Hire a Nanny? 5 Reasons to Consider In-Home Childcare