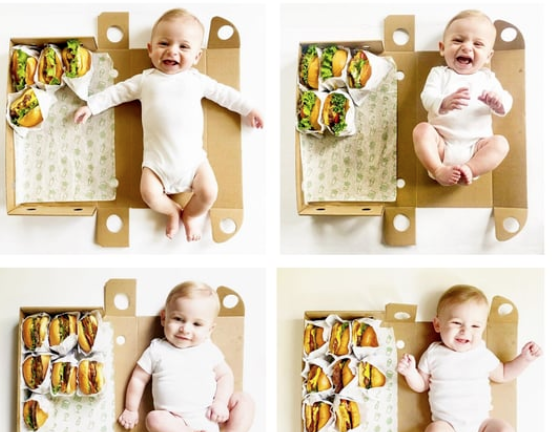 Babies In Boxes and Kids Explain It All

“Out of the mouths of babes” is the theme of this week. A seven-year-old explained for the world where babies come from, Carrie Underwood’s four-year-old opined that his mom’s best skill is laundry-folding, and a 10-year-old picked a not-so-perfect Valentine card for his girlfriend.

Another bizarre theme: Moms documenting their babies’ first years in relation to fast food: one in Shake Shack boxes and another in pizza boxes. (?!?!)

Also, The Rock’s 18-year-old daughter, Simone, has signed on with WWE, making four generations of pro wrestlers in the Rock family.

And if you haven’t yet seen Hair Love, the Oscar-winning animated short about a dad’s struggle to style his daughter’s hair, you should.

Read on for more fam-tastic news and ideas!

Overheard on the Playground

“I had Lilly, my first child, two and a half months before [winning an Oscar]. I was so crazy in love with my daughter that it slightly eclipsed the Oscar — which in Hollywood is an almost sacrilegious thing to say.”

Interesting stuff you can share with your kids -- or, if they're old enough, even have them read themselves

About The Nanno Team
Previous Post : 10 Steps to Bringing On-Site Childcare to Your Event or Conference   Next Post : Your Kid is Naked in Your Window