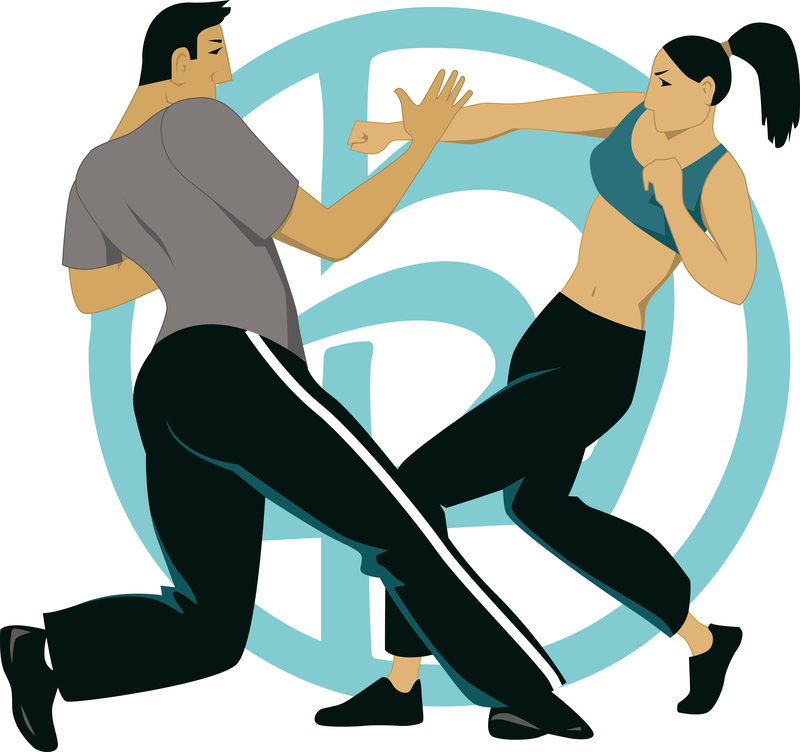 3 Surprising Lessons for My Daughters I Learned from Krav Maga

Everyone who's met me has probably heard me say that learning krav maga changed my life. Not only is it an incredibly accessible form of self-defense training, but it’s the most intellectually engaging form of exercise I have ever encountered. (If you think “intellectually engaging exercise” is an oxymoron, then you are pretty much where I was before I began to study krav maga.) In other words, I’m a big fan. My krav maga classes are my “me” time every week – but I never would have guessed that in addition to teaching me how to defend myself and being a great way to get and stay in shape, it would be so useful in both business and in parenting. Here are the top three ideas from krav maga that I talk about with my daughters.

1. Always be aware of what’s going on around you. In military theory and martial arts, this is called “situational awareness.” It seems obvious, but paying attention to what’s going on around you is the first and sometimes most important aspect of self-defense. And it’s equally effective in any other situation you may find yourself in. Think of the times you are standing around somewhere, bored or feeling awkward, whether at school, on the train, or even at a birthday party. Taking in your surroundings not only serves to fend off boredom but gives you clues about what is likely to come next. Hopefully what comes next is not a physical attack, but in anything you may attempt in life, the more prepared you are, the better you’ll do.

2. Every defense should include a simultaneous counterattack. This is a basic tenet of krav maga, and in that context it does involve physical attacks (which hopefully will not be a regular occurrence for us or our kids in real life). But the analogy can be applied to anything. As I tell my daughters, whatever happens in life, make sure that your reaction to it is combined with a proactive response. After all, life is not something that happens to you, but something you are actively engaged in, and most of the time the way you respond to things is more important than the thing itself.

3. Lean in. I don’t mean this in a Sheryl Sandberg sense, although I do support that too. One of the most counterintuitive but effective things I’ve learned in krav maga is that often the best defense is not to retreat but to push toward the attack, giving you the advantage of meeting adversity on your terms rather than trying to anticipate where and when it will hit you. This comes into play a lot in my family when we’re talking about things my daughters are not looking forward to. Even when the event in question is going to be unavoidably unpleasant, approaching it head on – maybe even getting it out of the way before you have to – allows you to control a situation that would otherwise seem completely out of your control.

At the end of the day, I’m not saying life is war or even a bar-room brawl -- as much as it may sometimes seem that way. But as I help my daughters learn to navigate the everyday slings and arrows that inevitably come up, I’ve found the tools I learned for physical self-defense are among the best tools I have to share.

About Liz Oertle
Denver, CO
Liz Oertle is the CEO and co-founder of Nanno. A recovering attorney and mother of two, she is passionate about helping parents connect with high quality childcare on demand.
Previous Post : Mommy for Congress   Next Post : 5 Ways Moms Are Like Superheroes